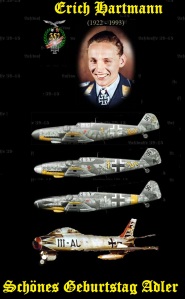 Born 19, April 1922.  Erich “Bubbi”Hartmann.  With 352 aviation victories, he will forever be the greatest “Dog Fighter” of all-time.  At the war’s end, he was taken prisoner by the filthy Russians on fake charges and held in a Gulag for 10 years. 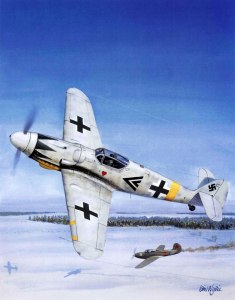 Upon Herr Hartmann’s release, he returned to the NEW GERMAN LÜFTWAFFE.  He flew the F-86 in his new Post Prison career.  He did resign when the Lüftwaffe acquired the F-104 (also known as the widow maker).  He would pass in 1993.  However his record 352 victories will probably live on as Aviation Combat has become a thing of the past.  With Jets like the F-22 which is invisible to radar and has an internal guided missile system that can neutralize hostile aircraft 10 kilometers away, man to man aerial combat skills are no longer in fashion. 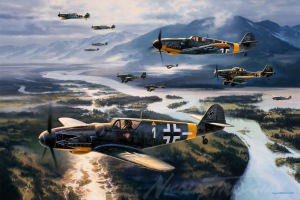 Hartmann flew by the call sign “Karaya 1” when Russian opponents heard this, they would usually call of their sortie.  Because of his feared reputation; Hartmann would let rookie pilots fly “Karaya 1” to give the kids an upper hand.  It finally got to the point where the Russians would not engage the infamous Black Tulip BF-109G.  Hartmann would have to fly unmarked Messerschmitts to get the enemy to engage. 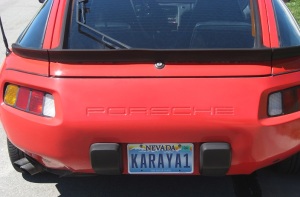 MY TRIBUTE TO THE GREATEST AERIAL COMBAT PILOT EVER 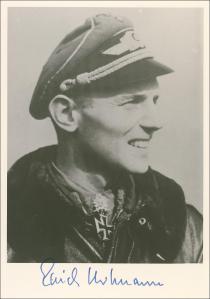 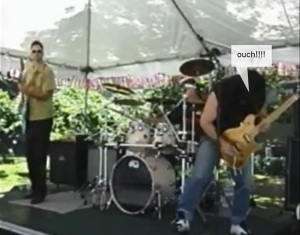 When I was growing up; you could tell a guitarist by his guitar.  Today, (And I’m guilty of this myself) Musicians use a different guitar for a different sound.  I think John Fogarty is probably the most guilty performer I’ve ever seen when it comes to changing guitars during a concert.

When it comes to performing live; you need a back up guitar.  If you break a string (especially if you have a NON-LOCKING Tremolo bar, your whole guitar will go out of tune.  So you need your roadie to hand you your back up and plug it in really fast.

Then you might need a guitar that is tuned to E Flat.  This is a favorite tuning for doing Blues solos.  It makes the strings softer and you can stretch them further.  The problem is, when you tune a guitar to a different key; You have to set the intonation of the guitar. (So the notes up high on the fretboard are in tune also) Then if you play Slide guitar, it’s nice to have a guitar that’s tuned to an open G or A.

So you can see how if you do a bunch of different styles how you actually would need extra guitars.  But in the 60’s and 70’s it wasn’t like that.  And in a delightfully nostalgic way, you would connect a certain guitar with that guitarist.  It was like Roy Rogers and his horse “Trigger”.  They just went together.

And finally, Brian May of Queen.  His guitar was made by his dad and he never sold the design rights to anyone.  It has a unique sound that would define Queen’s sound (Sans Freddie’s incredible voice)

I could go on but not much further as once “Musicians” became Rock Stars, They were like Baseball players getting free gloves custom made for them by the Manufacturers.  I play (In most of my Videos) a Gold Peavey Wolfgang. (At the top) I never thought I would own anything made by Peavey.  Their Amps and P.A. systems were for garage Bands because of the affordability.  Personally I think their stuff sucks.  But when Eddie Van Halen who makes his own guitars, designed the “Wolfgang” for Peavey back in 1999; I forced myself to play it.  It’s my favorite guitar.  It always will be for my playing style.  I even saw John Fogarty playing one.