THE TR-3B or THE AMERICAN UFO TRIANGLE

A lot of these have been seen across America.  Mainly between Roswell, Edwards AFB and Mt. Shasta.  These are exactly like the photos taken in 1980 in Belgium.  It’s called the TR-3B.  Is this the new Wave of Aviation warfare for the future?  Watch the video and decide. 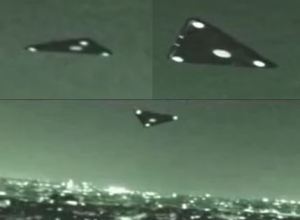 The Baby boom was a post WWII rise in the population from 1946 to 1964.  It may not be known as one of the best generations, but it will be remembered as the largest populated generation.  It was easy to market to this generation as they all hit pivotal points around the same time.  They needed reading glasses at the same time which created “Lens Crafters”.  Viagra hit the scene when the earlier Boomers started hitting their 50s.

We saw movies in the 80s that were more Juvenile in nature because many of the Boomers started having children in the late 70s to late 80s.  So movies like Ferris Beuller’s day off and Weird Science were successful hits at the box office.

Technology was also changing the face of entertainment in 1985 when the VCR became affordable to the common household.  In the 70s we had the Atari 2600.  Later we had the original Nintendo and one new household requirement; Cable TV.  So movies became more Ubiquitous as Television became more desperate.  The family shows of the 70s and early 80s like “Eight is enough” started to fade.  Oprah and Phil Donahue gave way to a new generation of “Reality” TV in the 90s.  We saw the Ricci Lakes,  and eventually, Jerry Springer.   This opened the door to a new form of television “fluff”.  I think it might have gotten its’ official start with MTV’s “The real world”.

How we got to Swamp People and Duck Dynasty is something I can’t explain.  It’s been a long hard road for Television.  We’ve gone from Gun Smoke to Doomsday Preppers.  The only non-reality TV series I get excited over is 24.  America needs a Jack Bauer since we have no leader.  From what I hear, the truly great Television entertainment is on “Net Flix”.  This is a new pay per view TV Series format.  And possibly the way of the future.

Times they are a changin’

We’ve gone through about five major stages in technology in regards to the field of information. (The Computer)

1. The introductory stage.  This was when PC’s were only being used to keep a phone number/address data base as well as your favorite recipes.

2. The discovery of the World Wide Web.  The internet use to exist on the corporate level probably 15 years before the WWW.  This new ability to communicate instantly without a stamp or a phone actually hurt the USPS.  As for the phone and cable companies, it was a gold rush windfall.  In the early 90’s companies were racing to buy up what were at the time, local cable TV companies.  Most of the computers in the early to late 90s had what we would call primitive motherboards by today’s standards, but tech heads drooled over the 450 megabyte chip.

3.  Then about the time everyone was buying PCs or Macs; sound files were being compacted into the Mp3.  I predicted (as I’m sure many did) that the next big thing would be the Mp3 player.  Meet the IPod.  Why Apple was the first to jump on this amazes me.  Apple couldn’t even play Mp3 formatted files.  They had to be apple converted files.  But they sold a lot of IPods.

4.  Soon everything had to be “Wireless”.  And I was told by a silicon valley CEO that the future of computers (at the time) was to push email, then, Wireless, then finally the marketing of storage.  We now call it “Back up”.  But external memory drives were also being marketed around the turn of the century.

5.  Finally MULTI-MEDIA.  Here’s where Apple made their comeback.  The IPhone.  It did it all.  They say there is more technology in an I4 than all the technology that went into the Apollo space missions.

But in the old days when new “Updates” came out for a product or software you had installed, you could trust the company that supported your Mp3 or Mp4 player.  In the first 10 years of the 21st century, we got in the bad habit of hitting the next button until we either had to find a folder to file the update in, or hit the finish button.  Believe it or not, companies we use to trust have crossed over to the dark side.  Recently, Real Player which was a desk top Icon on my screen for 17 years, sold its’ soul to Satan.  In the last update, it bundled a ………. A VIRUS.  There I said it.  It was bundled in the update under the name Re-Markable.  I wasted 10 hours yesterday finding the culprit.  What sucked is, it manifested its’ self, two weeks after an install.  That made it really hard to find.  And to make matters worse, they will even offer a nefarious fix on line when you go to a search engine.  But the only way you will find it is to look for the “NAME” of the company that is on the “Pop-ups”.  Then say a prayer before searching for a removal fix on-line.

If I had a company that dealt with removing computer viruses; I would say that rule number one would be: “Have your I.T. guy look at the update then, read every word of every page before you click next or even worse “Agree”.

It’s a new day and a new time and cyberspace is now full of cyber villains.  Take your time so you don’t install a virus under the guise of a “Tool bar”.  By the way, Real Player, (Which is now Real Cloud) whom I trusted for so long, has been rated amongst the top 5 worst software companies in recent years.