I recall the first time I was called a true Renaissance man.  I had no Idea if I had just been insulted or complimented.  The person I was talking to was quite successful so I figured since it was just him, his wife and myself, it was probably the latter.  I was saying to myself: “Isn’t a Renaissance man the guy that use to fly over the enemy territory and report the location of the enemy troops?

No that would be a Reconnaissance Man.  The fact that I knew what a reconnaissance man was should have given me some indication of what a Renaissance man was.  I think my father used a simpler version when he would call me a “Jack of all trades and a master of none”.   That was usually followed up with the question: “What are you going to do with your life”?  50 years later; I’m still asking myself that question.

I wish had I a real passion and was focused.  But we live in a society where, as Greg Gutfeld says: “You can order anything”.  The age of the Renaissance man seems to have come and gone. (A person who has done it all).  This is no shit.  I can speak 5 languages. (3.5 fluently) I’ve taken out a woman’s ovary (endoscopically) in surgery and I’ve changed two engines and 3 transmissions.

I’ve also recorded 4 albums.  Three of them were released on Urban Camo records.

But this story is about narrow minded success.  If you ask anyone in almost any Industry how to be successful, they’ll say: “Find what you enjoy and become an authority on the subject.  Hell, you can be known as the world’s authority on the best ways to attach erasers to wooden pencils.

But how fucking pathetic is that?  Narrow minded success has a fancy name; it’s called branding.  I’ll give an example.  Joey, Dee Dee, Tommy and Johnny fell in love with Iggy Pop’s music.  They went into the garage and made history.  With the exception of blues music, you would be hard pressed to find anything narrower in musical existence.  But when someone says: “Name a Punk Band” 9 times out of ten times, someone will say: “The Ramones” or even “Los Ramones”. 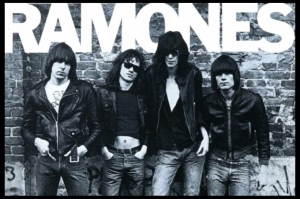 In the entertainment industry they have a name for that, it’s called: “A Handle”.  It’s so impossible for a Renaissance man to be successful because he or she is never content doing the same fucking thing over and over.  This is why I have so much appreciation for the Band Queen.  What genre do you put them under?  Freddie ended up doing Opera, yet this band gained its’ following playing punk and rockabilly.  In the DVD Queen live at Wembley, the band goes from a rockabilly medley playing Ricky Nelson and Little Richard covers to playing “Bohemian Rhapsody”.  The eclectic shift brought tears to my eyes when I first saw it.  And a band that can go from Tutti Frutti to Bohemian Rhapsody is incredible. (To me)

I have three commercial albums.  The first was a Blues/pop album designed to showcase my guitar prowess.  The second was a metal version of Rockabilly.  Finally I did an album that was written for the sequel to the cult movie “The Secret”.  Unfortunately, there never was a sequel.  But my musical talent is at its’ best on this album.  In almost every interview people say: “It sounds like you’re having so much fun”.  It was fun because I wasn’t tied down to one genre on the album.  I did power punk, rap, prog rock and a power ballad.  That pretty much describes my life.

I like it all.  I could never be the authority on all things politically conservative.  I love Baseball and would love to converse on the topic with Charles Krauthammer.  But I could never be a Baseball writer or announcer.  I’d love to write about how Bobby Flay got interested in Southwestern cuisine.  But my love for the BF-109G is even more attractive to me. 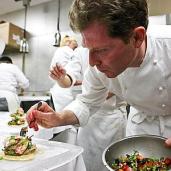 I was offered a chance to audition as a sports announcer for a TV station on the Monterey Peninsula and I was honest with the station manager.  I said, ya know, it’s an honor, but it’s not my passion.  I’d get tired of it in 6 months and shoot myself. 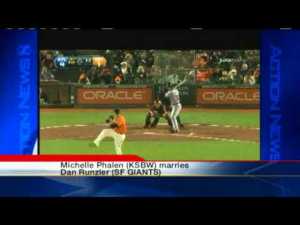 I just don’t know how people can devote their ever so short lives to being an authority on taking out tonsils or writing a blog on N scale model trains.

I enjoy the various gifts that life has to offer to much to be known as the Carl Sagan of Astronomy or the Susan Miller of Astrology.  I like nasty burritos in Mexican restaurants condemned by the health department as well as Sashimi or Veal picata.  I’ll never be successful as defined by this culture.

In a sentence: “My brain contains more crap than I ever wanted to know”.