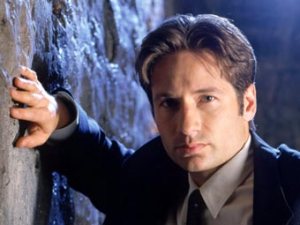 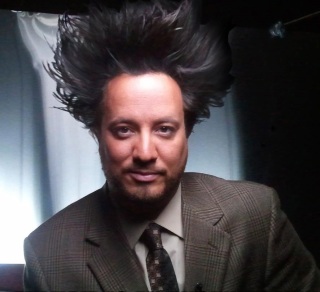 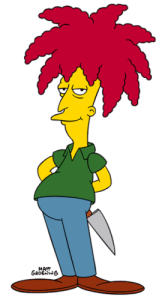 “My God doesn’t need a flying Saucer to get from here to there”. ~ Sideshow George AKA Giorgio A. Tsoukalos

As much as humans ask: “Why are we here”? The other question that often accompanies that is: “What’s next” and there is very good reason for mankind’s expectations.  Pediatricians as well as primary care physicians will tell you that most people do not have much memory recall prior to the age of four years of age.

Those who study Metaphysics say that children who claim to have a past life lose their ability to recall their past life at the ages of four to six.

Why do we think there is another dimension that comes after this life?  Because we’ve already made one transition that we are aware of.  When we were safely tucked away in the warmth of our mother’s uterus, we had everything we needed.  We were attached to our mother (our creator) by way of the umbilical cord.  In the same manner, many humans say we are attached to our spiritual creator by our soul.

When we were separated from the world of the womb, we didn’t know there was another world waiting for us.  For all our pre-natal minds knew; we would cease to exist once separated from the umbilical cord.  But it wasn’t so.  Our new life was just beginning.

So having gone through this life after Birth transition it’s only natural to anticipate a life after death transition.  We search for that transition which will relieve our minds.  This is why we look at the “Paranormal” as a possible answer to this “Next level” transition.  Some think we are the descendants of Ancient Aliens that will come to take us home to the star system Sirius. In the constellation Orion.

Many believe in the religious afterlife.  HEAVEN!  You’ll find a lot of competition down this avenue of thinking.  In fact there are some religions that will send you into the afterlife if you disagree with them.  They are currently waging war on everyone in the middle-east as we speak.

An ancient belief that is gaining traction again is the thought of “Re-incarnation”.  As much as this idea is shot down by biblical worshippers, one must remember that the Idea of re-incarnation was popular 2014 years ago.  Jesus asked Peter at the end of Mark 8:27: “Who do they say I am”?  Did you ever wonder what Jesus meant by this?  And look at Peter’s answer: “Some say you’re John the Baptist.  Some say Elijah others say one of the prophets”.  I believe Jesus asked his disciples this because re-incarnation was a popular belief 2000 years ago.  I have no idea how the concept of re-incarnation works other than your soul comes back in another body.  So you’re not really living twice.  You’re living once as one person, then again as someone else.  Thus, one life per person as the scriptures say.  Look at it this way, if the rules said a horse could race once at the tracks per day yet the jockey raced Seattle Slew in the fifth, then He raced Sea Biscuit in the seventh, the rules were obeyed. 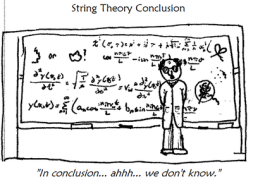 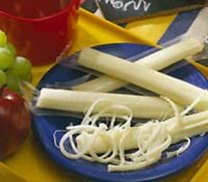 The string theory says that there are multiple dimensions of universal existence that can actually intersect.  This would explain life elsewhere but not life after our current life.  Unless of course we’re born into another world in another universe that intersects ours.  ………..naw me neither. 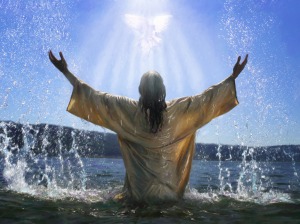 Personally, I do believe.  I believe that after we die, our energy goes someplace that was prepared for us.  It’s the same energy that operates our brain.  It’s the same energy that shows compassion or hatred.  I might add that there are probably various places that our energy can be sent.  Could it be Heaven and Hell?  Sure.  Could it be an infinite number of dimensions? Why not?  I cannot see how the creator of this magnificent  human body could have any limitations imposed on Him that he hasn’t willfully allowed.  If you want to worship a negative entity (Satan), I’m sure there’s a place for you.  This comes from my translation of the New Testament or Holy Bible assembled in 325A.D.  by the counsel of Nicea.  I believe that part of the Holy Trinity named “Jesus” MUST KNOW YOU. 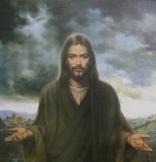 If you are special, I’ve heard of a place called the seventh realm of Heaven. What can I say?  It must be pretty awesome.  To me, I believe in the Holy Trinity.  This doesn’t mean I don’t believe in UFOs or re-incarnation.  I have no idea how it works and I would warn you to avoid anyone who claims to know.