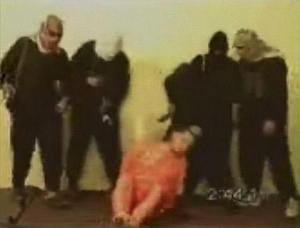 This is often a mantra used when trying to attain success. Success rarely has a predictable timeline. If it does, question the sincerity of it. When someone calls you on the phone and says: “You’ve just one a vacation in Florida”, or “You’ve been chosen to receive a free trip to the Bahamas, and you know you didn’t do anything to receive a gift remember the horse of Troy.

But I’m not going to talk about success and achievement. I want to talk about survival. Humans can be benevolent creatures and and sub-humans are evil. After seeing recent pictures of 8 year old girls being beheaded in Syria just because they are Christians, it made me think of Daniel Pearl. We were all shocked as this was the first real public beheading put on the internet. I didn’t watch it but I’ve seen how these sub humans lined up behind a subdued human and began the beheading process. I asked myself, would I have allowed myself to be a prop for a terror organization? Being former military, I know the 3 responses to fear or conflict. It’s Fight – Flight – or Freeze. When you freeze, you “Give up”. “Never Give Up”! You think you have no weapon or gun to fight back with. 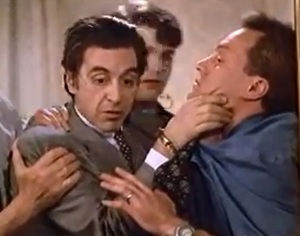 I’m here to tell you that God gave you 4 extremities that are very lethal used correctly. You don’t have to know Jeet Kune Do to defend yourself or kill your attacker. You can crush a wind pipe with your thumb and first two fingers. If you’ve been detained with hand and or ankle cuffs, You have two more lethal weapons, (or neutralizing weapons) You have a forehead which is the hardest part of your body. It is quite simple to break your captor’s nose putting him in immense severe pain with a swift forehead butt to the nose. If this renders your opponent neutral, use the second weapon God gave you to finish him off, it’s the weapon of the wild; Your teeth. You can not only crush your opponents windpipe with your fingers, but you can crush it with your teeth. Just to the side of his wind pipe is a large vascular structure called the carotid artery. One bite of that and he will bleed out quicker than being shot with an AK-47. If your mouth is taped shut, use your heels or elbows. Use anything. Use a shoulder to try and break through doors or cheap walls. If you get shot, you will only die once. Or you may even live. You won’t give your captures the satisfaction of turning your life into a dog and pony show. People on PCP can do the unthinkable. The human body is an amazing thing. 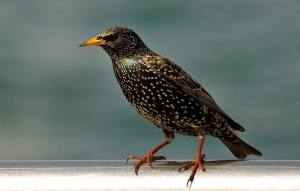 Finally, a story about a Starling. It’s a black bird that is not that attractive but they seem to be every where. I let my dogs out and the female who is supposedly part wolf found a starling trapped in some sod netting. We haven’t decided what to do with this huge area of our back yard. So there are still places where sod net is on the ground. After chasing off the dogs, I put on a pair of gloves and untangled this helpless creature from this awful plastic trap. But as I was trying to calm the bird down; it was using all three forms of fear response, it was trying to bite me with its’ little beak. It was flapping its’ wings to literally fly away and occasionally it would freeze, and calm down. This can be a good strategy to fool your capture. I knew that it saw me as a potential predator. But I watched as it used nature’s instincts to try and free its’ self. This little bird, not much bigger than a canary was biting at me.

When I finally got it untangled, I held it with both hands and rubbed the top of its’ head to let it know I was not a predator. After a minute of relaxing, I opened my hands and it flew away. I was impressed by the will to survive that this little bird showed. Although he was still in the palm of my hands, he never gave up. As soon as I opened my hands, he didn’t hesitate to fly.

Remember this if you are ever detained illegally against your will. Fight then flight. Use Freeze to gather your strength then surprise your attacker. Never lay on the ground and let someone kick you. NEVER GIVE UP.