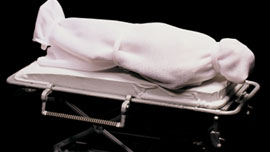 Shepherd Smith of Fox News is not the first person to call suicide a cowardly act.  From the survivors point of view; it’s like taking your ball and going home.  On the other hand, I wonder how many Congressional medals of Honor have been awarded posthumously to the brave Marine that threw his body on a grenade to keep the rest of his squad from being killed by shrapnel.  So those who can’t cope with the pressures of life are cowards, and those who “Take one for the team” are heroes.  The difference is one is a sacrifice for the greater good and the other is an inability to deal with the greater “whatever”.

When a person gets to the point of saying “screw it all”; all they can see is the pain that they are trying to escape.  They think they’re a loser because they might not be able to afford a new IPhone for their child because they just got laid off.  But what will happen when you cut your wrist and little Billy comes home from school and finds his deceased father on the couch and his blood soaked through the carpet?  Do you think that image is ever going to leave little Billy’s memory?  I know what it’s like to have to move a dead body.  I couldn’t kill myself because I wouldn’t want to be a burden on the EMTs let alone the poor person who found me.  They have to roll the body to one side and slide a body bag under half the body, then roll the other side up to put the other half of the body in the bag.  Sometimes (for those who need to go out using drama and a gun) they have to gather what’s left of your head and keep it with the body.  I just couldn’t do it.

A lot of people truly are cowards that go out by using someone else.  For example “Suicide by cop”.  If you walk into a police station with a weapon drawn and you get taken out; you’ve put the guilt of your death on the cop who dropped you.  Or let’s say you get dramatic and you take a hostage. (That’s sure to get a sniper’s attention) You’ve ruined the life of the sniper and the hostage (Not to mention those who were around the scene at the time of the shooting).

Some people take others with them.

A lot of people think that driving into an oncoming MAC truck is an easy way out.  What about the truck driver?  He’s going to slam the brakes on and possibly rupture his spleen. He might even flatten the Prius that was behind you.

Then there’s the insurance.  Most life insurances do not cover suicide.  So you’ve just left a huge financial mess for your beloved survivors to deal with.  But the troubled mind doesn’t think of that and if they do; it only makes them feel like more of a loser.

I was shocked when people thought the pilot of the Malaysian 777 flight that disappeared committed suicide taking 300 people with him.  That’s not only suicide but homicide.  What bothers me is that we, as a culture, have become so desensitized to the horror of murder that we don’t see it for the terrible “sin” that it truly is.  We are all related to one another.  What happens to one, in some way affects us all.  The television stations have no problems showing dead humans on the tube.  In the past the FCC would never allow it.  Now with You Tube you can go on the net and watch human decapitations.  Just as watching pornography takes the beauty and romance out of sex, seeing a life being taken takes a bit of the value and respect out of living.

Everything happens for a reason.  I don’t believe in coincidence.  I believe we are all given the gift of free will and a brain.  How we choose to use it will reflect on where we end up 100 years from now.  I’m not claiming that good people will have it better than bad people.  But what we do in the here and now has consequences.  Yes Sir Newton, for every action there is a reaction or even worse; a chain reaction.

Suicide answers nothing but causes a lot of pain and grief for those whom you didn’t intend to inflict it on.  It’s my belief that God will reward you for allowing Him to use you.  If you use your free will to “check out” before your time, I would be afraid of the consequences in the next place.

EVERYTHING HAS A CONSEQUENCE.

The oxygen you breathe turns to Carbon Dioxide.   That casual sarcastic insult can change a peaceful person into a potential killer.  Taking your own life is killing something that may or may not belong to you.  If the consequence is not served in this realm of reality, fear the possibility of the consequence in the future spiritual realm.