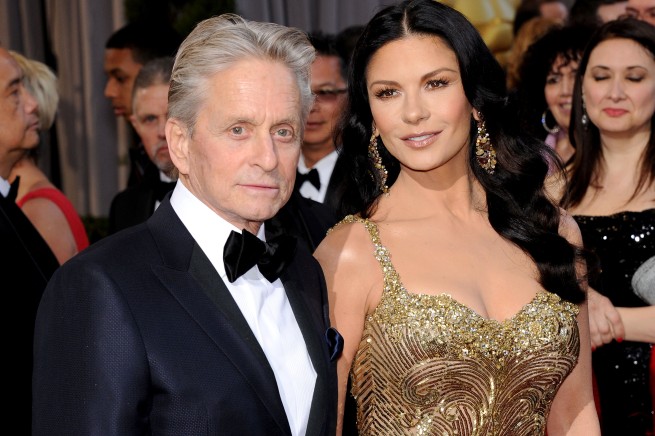 Or in Michael Douglas’ situation, half plus zero. Douglas is now 70 and Jones is 45

Your Age, divided by 2 (or half your age), plus seven years added is what the formula is describing.  What the hell am I talking about?

I was in the presence of 4 millionaires in their 50s.  Women enjoy talking about being Cougars, but long before the wild feline concept ever came about A/2 + 7 was around.

Once you are in the winter years of life and you fear death and resent getting old, the Idea of a mistress pops into what was once a successful entrepreneur.  So rich old men seem to have come up with a formula that is actually a standard in the millionaire community.  (I wouldn’t have known had I not been an outsider listening in)  But those who are of means feel that you should aim for someone half your age and add 7 years to that number.

When I got divorced, I was 40.  The first younger mate I came into contact with was 29.  She was 2 years over the half plus 7 rule and the millionaires scoffed at me.  I got a few conciliatory “Nice Try” remarks from a few, but basically, I was out of their league.  Especially since I was the only one making under 6 digits.

During my single years, I used my charm and striking good looks (Just kidding) to actually attract one of the gold diggers my millionaire friends were coveting.  Let me just say that if you try this, be prepared to watch your life endure misery.  What my elder yet wealthy friends failed to recognize is that another principle that goes with this equation is that the half plus 7 girl toy will have a younger boy toy with more stamina and physical attributes. (versus fiscal attributes).

I guess what goes around, comes around.  I ended up remarrying a woman 2 years younger than myself.  I couldn’t dream of a serious relationship with a woman half my age plus seven years (Unless I was 14 – 20).

And to quote one millionaire who heard I was dating a 29 year old at the age of 40; he said: “What are you two going to do?  Have dinner at Chucky Cheese then go see Bambi”? …………… Obviously pure jealousy.

I think the only reason a woman would wait for a blue pill to take effect would be if she expected to inherit a gold mine. (Or she was truly in love) On the other hand, I don’t think a man would put up with menopause unless he was truly in love with the person going through it.

(*NOTE: I’ve never needed a blue or any other colored pill)

If you’re married to the same person you’ve been married to for 40 years, good for you, stay married.  If you find yourself single again; once you hit 40, stay within 10% of your own age.  At least you can understand each other while text messaging.

IF YOU ARE STILL MARRIED AND ARE CONSIDERING A/2 +7 let me give you one last equation.

Assets plus Retirement divided by 2 goes to current spouse. Then subtract Attorney fees and Alimony.  Then ask yourself, is it worth it.  Some say “Yes” you can’t take it with you.  But you risk your new half plus 7 partner doing the same thing unless you get a prenuptial agreement and good luck on that.