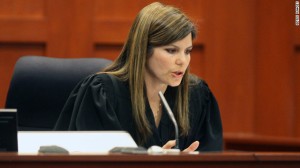 Attorney Orley Taitz who filed a law suit in 2009 seeking the Obama Birth certificate claims Obama is using the stolen Social Security Number of CT resident Harry Bounel on his 2009 Tax returns, only this time it looks like she’s going to get some traction as Judge Ellen Lipton Hollander  has ruled to give Taitz “an opportunity to file a second amended complaint and add allegations of SSA not doing a proper search and withholding records.”

Judge Hollander in Maryland gives Attorney Orly Taitz 21 days to file a second amended complaint and add allegations in regards to an improper withholding by the Social Security Administration of records   of Harry Bounel, whose Social security number is being illegally used by Barack Obama. When Taitz filed the complaint, SSA did not respond at all. After the law suit was filed, SSA responded by fraudulently claiming that the records were not found. Taitz responded that this is a fraudulent assertion, since the records were found before and denied to another petitioner due to privacy concerns, however Social Security has no right to claim privacy as according to their own 120 year rule they have a duty to release the records. The judge stated that the plaintiff Taitz might be correct, however at this time she cannot rule in her favor as her original complaint was filed before SSA responded, so the judge gave Taitz an opportunity to refile a second amended complaint and add new allegations, stating the SSA responded but improperly hidden the records . This is a great development. This all but assures that the judge will order the SSA to release the SS-5, Social Security application of resident of CT, Harrison (Harry) Bounel, whose CT SSN 042-68-4425 was stolen by Obama and used in Obama’s 2009 tax returns, which initially were posted on WhiteHouse.gov without proper redaction, without flattening of the file.