Many of us want to believe there is more to life than is viewable within the light spectrum.  As we learn, we want to learn more.  A part of our brain pushes us to find an answer to the unexplained.  Where did we come from? Where are we going after this? How did I get here?  These are the common questions we don’t ask in school.  (Unless your life sucks)

Science is of no help until you get to the Quantum Physics Level.  (The study of life at the atomic level) But quantum physics is not something your public High School or Junior college is going to teach you.  It’s not until you decide to major in Physics OR decide you need to learn more about atomic structuring on the molecular level.  (How everything in existence is vibrating) Academic Science has a useless paradigm that: “If it cannot be proven and reproduced in a lab, it doesn’t exist.  The only thing that is proven by failure is ignorance.  Once again: “The only thing that is proven by failure is ignorance”.  Those who are 40,000 years ahead of us in technology may know how to teleport atomic particles as easy as making toast.

I agree with Thomas Jefferson who said: “Question with boldness even the existence of a God; because, if there be one, He must more approve of the homage of reason, than that of blind-folded fear”.  I believe in keeping an open mind but not so open that I trip over it.

Finally, the question that supports all of the other interest in UFOs, Ghosts, and spirits, is our optimistic curiosity that something better than this exists.

One issue that I believe atheist fear is the concept of good and evil and its’ affect in an afterlife.  These are people who fear uncertainty and are more comfortable with the paradigm that life is finite and that all quantum existence ceases to exist.  We know this is not true as often in our bio existence, we see that some things have to die (In its’ current state) to transform into something new.  We also know that continuity can be disrupted, but the molecules still remain.  The real $65,000 question is; “Where does the energy go”?

So we develop a personal belief system.  Religion is based on historical stories.  Often one’s religious belief structure is strengthened by “answered prayers”, while others are taught a dogma and adhere to it out of “blind fear” as Jefferson would say.  I might add that there is nothing wrong with that approach either.

Some people believe that we are ancestors of extra-terrestrial visitors from another “place”, and we were created by DNA manipulation to insure the survival of their specie.  They support their theory on credible eye witness testimony and unexplainable implants have been found in alleged abductees.

Those who believe in Theosophy, believe that our spirits are eternal, but do not necessarily believe in the Judeo-Christian discipline of life and death.  It is for lack of a better description, closer to Buddhism. They believe in reincarnation, but can’t explain why one is reincarnated.  Some will use the concept of “Karma” as a reason one would return to try and “Get it right”. 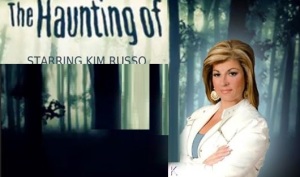 Recently, quantum physicists have been exploring the “String Theory”.  It’s a concept of parallel universes that often inadvertently intersect.  This could account for UFO or advanced life forms (gods)  It also proposes the Idea of “worm holes” in space as Einstein considered.  Below is the wonderful Dr. Michio Kaku.  He is atypical and an anomaly to say the least in that he is a Physicist with an OPEN MIND!

I can’t disprove any of these theories, but when I evaluate all that I have learned, it comes down to what “resonates” deep within my “soul”.  I will define the existence of the soul in another article.