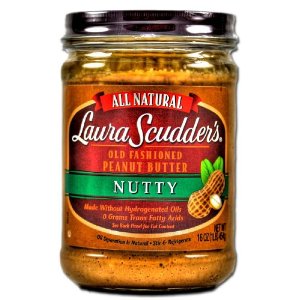 On February 15th 2012, I visited my doctor and she made me get on the scale.  Much to my surprise, I found out why I had high blood pressure.  Some things you can’t blame totally on Obama.  But I was consederably overweight.  Not obese but overweight.

I was starting to suffer all of the symptoms of an obese person, (borderline type II diabetes, my glucose stayed on the high parameters of normal and the most painful thing, gout),  but I looked proportional.  I looked large but not fat.  I use to lift weights in highschool so I’m use to having large shoulders and pecks.  That’s not a good thing.  It enables you to exist in denial.  Now I swim in my old jackets that I couldn’t zip up.

To make a very ugly and long story short, I went home and said I’m not touching another beer and all I’m going to consume are protien shakes. I was embarrassed and had hit rock bottom.

I played sports in highschool and American Legion Baseball before I went into the military so I know what it’s like to be in great shape.  This was that “aha” moment that I needed.  I found that when I quit having 2 Heinikens a night I started sleeping better.

The protien shakes were becoming a pain in the ass though.  But one night I was watching “Undercover CEO”.  It was a cute show while it lasted.  It was a show about the CEO of a corporation dressing up like a stranger and working as a janitor or entry level customer service worker.  They would fly to a remote part of the country on their G4 and show up in their Taco Bell uniform.

One night I was watching this episode of a CEO that was trying his hardest to lose weight and he was eating nothing but Peanut Butter on a slice of bread.  I tried it and it did a great job of ridding my body of the hunger.  As for the peanut ; Talk it over with your doctor, but I use Laura Scudder’s “All Natural” crunchy.  I avoid “organic” because Peanuts need to be sprayed to keep aflatoxins from growing.  Aflatoxins are very bad for your liver.  Now people will say: “But isn’t peanut butter really fattening”?  It doesn’t have a high fat content but the great part is that it’s mono-saturated.  It has “Good Cholesterol”/ “Good Fat”.  This is the stuff that lowers your low density lipids or LDL Cholesterol aka “BAD CHOLESTEROL”  It also lowers your triglycerides.  (I save a lot of money on statins and beta blockers) But again, it works for me, check with your doctor before you try it.  As for my one meal of the day, some nights it’s Chinese food, other nights it’s ground sirloin burgers in a myriad of ways.

I still eat one good meal a day and about 3 slices of bread with Laura Scudder’s natural Peanut Butter (approx. 2 table spoonfulls per slice.  Since February 15th 2012, I’ve lost almost 60 pounds. I don’t miss the alcohol.  In fact I think we have an extra 150.00 bucks a month we use to spend on Heineken.  (Not to mention the 20 bucks a day we use to spend on lunch).

It works for me.  I take vitamin supplements and try and get a serious amount of green vegetables in that one meal a day that I eat.  All together I probably consume 1200 calories a day.  The Ideal weight loss program is to lose 2.5 pounds a month.  If I did my math right, that’s 30 pounds a year which is what I’ve done.  If you crash diet, your body will more than likely put the pounds back on plus a few more.  If you diet in an unhealthy way, you could die like Terri Schiavo.  (Enzyme imbalance).

If the peanut butter doesn’t do it for you, just try cutting every thing you eat in half.  Get rid of the drinks, (Alcohol or sodas) both are useless calories.

By the way,  with Obamacare being in our future, I no longer need Lipitor or BP lowering medicine, which is a great thing.