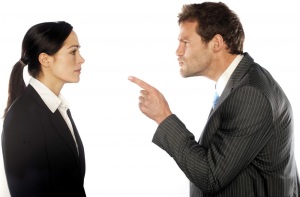 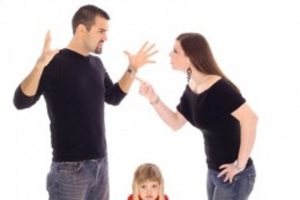 Understanding is the key to communication

I remember in college this being the philosophical equivalent of the Chicken and the Egg. It’s true that you can’t communicate an Idea to another without verbalizing it or typing it, or sending smoke signals/semaphore/or even Morris code. And often, action is the surest form of communication.

However, the receiving aspect of communication is just as important as the sending aspect. In other words, If I don’t understand the message you sent to me; we failed to communicate. This happens often when using email. The absence of emotion, emphasis on syllables etc… all leads to miscommunication.

It’s like acoustical physics. If a tree is struck by lightning in the forest and nobody is around to hear it fall does it still make a sound?

If you’re upset with someone for not doing something you wanted them to do; tell them the why behind the emotion. Anger is a poor communication device. The Why behind the How is almost always more important in anything you do. I know this goes against military training, but in real life, it’s almost always more important. If you know what you are trying to mutually achieve, and why, then orders make sense and situations can be put into proper context.

Often miscommunication comes from a variety of flawed logic.

Assumptions are probably the most common source of miscommunication.

Ignorance and fear of having to learn more than you want to know is also popular.

Selective hearing. (hearing what you want to hear)

All of these can lead to fights, frustration, divorce, firings, war, you name it.

In the military, we were taught to:

1.Tell you what we were about to teach you.

2.Teach you the message.

3.Tell you what we just taught you.

Steven Covey suggests that when you listen to someone, listen as if you were going to be responsible for teaching it to someone else. He also describes active communication when he says “First seek to understand the other person, then attempt to be understood”

American Natives used what was called the Indian talking stick. When seated in a circle, one person would hold the stick and make his statement. Nobody else would be able to rebut the comment until they absolutely understood the person’s statement. Then and only then would the stick be handed to another person.

When we argue and fight, we’re not trying to communicate. While the other person is making their statement, we’re busy preparing our response, all the time ignoring what is being said. This is called the “collective monolog”.

There’s two old sayings. One is “God gave you 2 ears and one mouth for a reason”. (suggesting that listening is twice as important as speaking)

And I quote John Lennon who once said “When you’re drowning, you don’t say politely: I hope someone notices that I’m drowning and has the common decency to provide help. No you SCREAM FOR HELP”.

We should learn to utilize our ears and mouths in this manner. Listening is the key to understanding, which is the key to communication. Your mouth should be used for your self preservation. (eating, breathing and hollering when your drowning)