And Fox News exploiting him 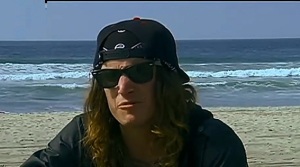 Here’s a sad but true joke in the world of music: “What’s the difference between a Pizza and a Musician?

A Pizza will feed a family of four.

A majority of musicians face this dilemma, work as a Pizza boy and look for music gigs at night, or put forth all of your time into becoming the best musician you can be.  If financial assistance is available, and you’re not breaking the law, it turns to a moral decision.

If you’ve ever seen the movie “You’ve got mail” there’s a scene where Tom Hanks is invited to a formal get together, and he is at the Hors d’oeuvre table taking most of the caviar off of a platter with one cracker.  Meg Ryan objects by saying: “You can’t do that”!  One might ask, if they didn’t want one person to eat most of the caviar, they should have had a sign saying: “Only one teaspoon of caviar per cracker”.

I guess state entitlements (aka food stamps); should come with stricter caveats if people are going to object to those who use the program.

In the past month, Fox news has found a young healthy surfer who wants to be a rock star that signed up for SNAP. (Supplemental Nutritional Assistance Program). You know the program better as “Food Stamps”.  In a recent interview with Jessie Watters of Fox News, video of Jason Lobster Tails with his SNAP card was aired over and over by various shows on Fox to show how Jason is “scamming” the system and the Tax payers.  Jason confesses to getting Obamacare and 189.00 a month.  I want to ask why Fox is wasting video on a kid with a dream vs. the first family who has done more than Jason to ruin our country while “Scamming” the Tax Payers for 19 Million just on his vacations to Hawaii and Martha’s vineyard.  Not to mention the infinite rounds of golf he’s played.  Just to humiliate the young rock star wannabe; last night, Sean Hannity asked Jason if he could get him a job making $80,000 a year would he take it?  Jason boldly replied NO!

Could it be that Fox is exploiting Jason because he is white?   If you want to see the Tax Payer getting shaken down, check out this video.

If you want to vilify people that have made an “Art” out of scamming the system, go after the welfare queen above and the biological fathers that get them pregnant, then get arrested.  I’ll bet the cost of incarceration is a lot more than 189.00 a month.  Ya think?

So why is Fox News so intent of humiliating Jason?  There are plenty of egregious scammers in the black community abusing the system for a much larger amount.

I was once referred to in an article in Silicon Valley’s “Wave” Magazine as the “Guitar god from Los Altos, CA.

But when I was Jason’s age, I was working two jobs while trying to afford diapers and maybe playing my guitar every now and then.  It wasn’t until both of my sons were older and I was divorced that I ended up in a guitar store making minimum wage. (I think my take home was about 350 dollars every TWO WEEKS.  But: (I say this emphatically) Playing guitar made me the so called “Guitar god” that the Wave magazine thinks I am.

Had I been able to play 8 hours a day just as a doctor attends Med school (On a grant) when I was younger, who knows what a Guitar god in his 20’s could have done?  But I chose to have a family, support them and I sacrificed what would have been my “formative” years.  In a way I felt like I “copped out” on my dream.  I did cut 4 albums later in my life, but it was too late.

There’s a story I heard in my 40s that Jason and Fox news should hear now.  There was a kid in the early 80s that was working at a burger joint.  He was a great guitarist who was wasting his time flipping burgers.  One night, he was cleaning out the deep fat fryers.  For those of you white collar workers, those are the machines that make your French Fries and other deep fried foods.

This unknown guitarist was standing on top of one of the grease vats positioning another vat on top of a stack of other grease vats.  The top he was standing on broke and the guitarist/burger flipper sunk up to his arm pits in old French fry grease.  He said that was the point when he realized that he was a guitarist.  He quit his job at the Dairy Queen and moved to a more musician friendly city nearby where he played every night and slept on the pool table until he was able to move into a big house with his band mates.

Had he never made the move; he would probably be managing the D.Q. today with regrets (Like someone else I know) or even worse, driving Sean Hannity’s truck in Montana.  Instead, he caught a wind that took him to the top and the world will always be blessed with the music of