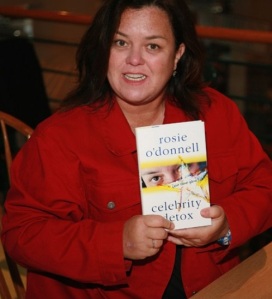 Survival of the Fittest

There is little doubt that America has become a nation of undisciplined zombies that cannot live without some form of daily medication.  30 years ago, insulin and water pills with a supplement of Potassium Chloride were the only daily medications needed to stay alive.

Today we have an industry that, I believe has earned the name, “Big Pharma”.  Instead of searching for a cure to eradicate the disease, they see the disease as an opportunity to get man addicted to a pill.  Daily pills equal daily profits.  Patients, although living longer, are being exploited by the companies that enable patients to continue living on fast food and snacks.

I’m sure that some of the daily medications that are driving up the price of medicine are prolonging life, but in a bad way.  If you take an obese person and put them in jail for a year, you will get them off of their statin drug.  You’ll probably get them off of their beta blocker as well.  Simply because they’re no longer at will or free to live a liberal self-destructive lifestyle.

My point is, we’ve found ways to replace “will power”.  We’ve found ways to allow sick people to live sick lives without dying.  Worst of all, we’ve aloud people to go through life without experiencing feelings.  Many who have not learned to “Cope” with their feeling are put on an “Anti-depressant”.  These drugs put you into a mental jail.  They enable you to walk around without having to actually deal with society in a healthy way.

IT’S ALL LINKED TOGETHER

Do you have any Idea how many health issues are caused by a “Liberal” lifestyle?  The liberal, (meaning an abundance) paradigm means nobody is going to tell you what to do, say and of course eat.  The paradigm lets you ignore rules or good advice that is meant to help you.  Simple ideas such as moderation is no longer seen as good common sense, but rather an infringement on your civil rights.  Yes you do have a right to eat a whole bag of Cheetos or even a whole quart of Ice Cream.  Many drink a whole six pack of beer on a nightly basis.  Why?  Because nobody can tell them they can’t.  Then they wonder why they’ve gotten fat.  Why do people smoke cigarettes?  Because they can.  Then they act surprised when they are diagnosed with emphysema.  Now in many states, people will be replacing tobacco with marijuana.  Soon they’ll be wondering why they are fat AND stupid.  (Probably REALLY FAT)

What happens when you get fat?  You feel bad about your appearance.  What happens when you look in the mirror and you no longer see the guy that was 140 pounds in high school or the girl that was a cheer leader?   You get depressed. Then……… You do one of two things, and rarely a third one.

Once you’ve lost weight the correct way, (Ask your doctor what is best for you) your self-esteem will increase.  Even if you don’t look like Brad or Angelina, a slimmer/healthier version of yourself will work wonders for your self-esteem.  Maybe even enough to get off of Effexor or whatever anti-depressant you’ve been taking like candy.

Here’s another surprise; your blood pressure will decrease as will your cholesterol.  So you will not need those daily pills.

Are you beginning to understand how this is all linked together?  And what’s sad is, the subtle truth is: you have the power to get rid of the pills.  My doctor once said, you need to learn to shut your mouth.  That’s easier said than done.  But losing weight takes more than talking about it.   It takes coming to the realization that you’re fat.  Many think they can dress in black and their weight will not show.  But if you’re taking statins and Beta-blockers, you’ve probably got a weight problem. Some can be thin as a rail and have sky rocketing cholesterol levels. (a condition called hyperlipidemia) but for most of America, we see beautiful people on T.V. and become depressed because we don’t look like that.  So many give up on self-control.  The more you can get off of daily pills, the less dependent you become on your pharmacist.  And in this unstable world, you have to ask yourself what you are going to do if all the pharmacies close down?  Don’t think it can’t happen.  Then everyone will understand the term: “Survival of the fittest”.