These are all bi-products of hard work.  One can never set out with the intention of obtaining Fame, Riches, Groupies and the Red Carpet without it appearing obvious and “Tawdry” to say the least.

Sometimes those who attain the side effects of hard work without actually working hard will be exposed.  I’m not saying these people cannot eventually show the world hard work, but by then their reputation will have taken a hit and they will have, in the end, cheated themselves out of the true accolades they deserved.

Band Wagon success is no substitute for the original.  I’ll give you two simple examples.  When Blues master Stevie Ray Vaughan died, he not only raised sales at the Fender company, but every two bit guitarist that could play three chords had to own a tobacco sunburst Fender strat and wore a cowboy hat whether or not it suited him and grew a patch of hair above his chin. 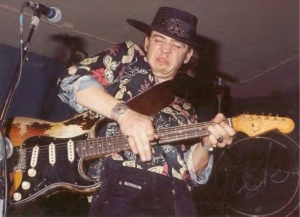 Established “has been” guitarists even jumped on the Blues bandwagon.  From communities all over the U.S. blues bands got a shot in the arm.  Albums were released as “Tribute Albums”.  (Cover Albums).

Does anyone remember Jonny Lang or (all three names) Kenny Wayne Shepherd? 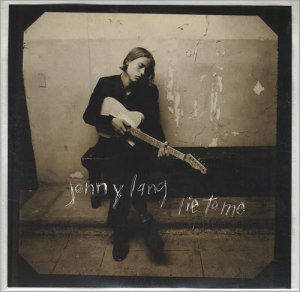 One can only imagine how many careers were spawned by the death of ELVIS.  Even Asian Elvis’s get a huge applause when they show up with their sequenced jump suits.  Fat guys love doing Elvis.  Everybody with any appreciation for Country, blues or Rockabilly can enjoy that which was Elvis.  My personal favorite are the Flying Elvis’s and the Mexican Elvis aka Elvis Perez. 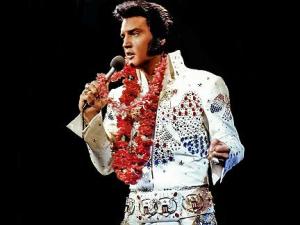 And Ironically, I believe it was Elvis that created the Pop Icon.  (Fame, Riches, Groupies etc…) It was the easy way to get rich, get noticed and get laid.  If you were from the Ghetto, you wanted to be the next Michael Jordan or even worse, the next “Snoop Dog”.  At least one had talent.

Keep these three things in mind.  Slam dunking does not make you Michael Jordan.  Being able to sing Hound Dog and squeezing a 50 inch gut into a sequenced jump suit and saying: “Thank you very much”.  Does not make you Elvis.  And even if you can smoke the blues on guitar, you’ll never be Stevie Ray Vaughan until the world is ready for another SRV.  Until then, find out who you “really are” because that will never go away.

Finally I must ask: “Do you want fame because you’ve made others happy or is it just your inner desire to be worshipped?