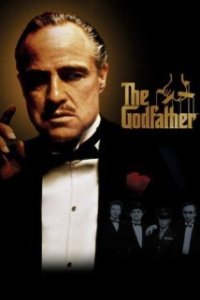 THE GOD FATHER 1972 – Arguably the greatest movie trilogy of all time.  The Godfather opened the eyes of the World to the life of organized crime that stemmed from Sicily to California.  The audience was taught how the “mob” had become organized into its’ own system of crime which enabled crime families to operate alongside each other and not against each other. It didn’t hurt having Marlin Brando in the original film, as well as an A list of supporting actors like Al Pacino, Robert Duvall, James Caan, and on and on and on.  Possibly the best Movie of our time since “Gone with the Wind”.

DIRTY HARRY 1971– Being from Carmel, I have put the Jack Bauer Archetype in the number 2 spot.  Why? Because Clint Eastwood’s Dirty Harry spawned a whole series of Dirty Harry Movies that were filmed in the San Francisco/Monterey Bay area. 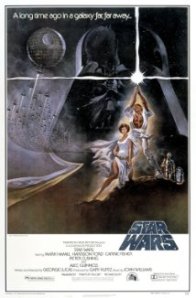 STAR WARS 1977 –  It wasn’t Stephen Spielberg’s first movie; but it wasn’t expected to become the Science Fiction phenomena it became.  It was cut like a “Spaghetti Western”.  If you replaced the star ships with horses, you would have an extra-terrestrial version of “The Good, The Bad and The Ugly”.  Little did Spielberg and Lucas know that they were building one of largest movie empires in the licensing can Toy industry.

ROCKY 1976 – The story behind the script is almost better than the script its’ self.  Sylvester Stallone had written the Movie and had a “few” offers for it but he had one stipulation.  He wanted to play the lead role.  At this time Sly was just an unknown slush mouth from Philly.  How Sly got the plot for Rocky was simple.  He had gone the night before and saw Tex Cobb (or a fighter of his nature) get his teeth punched out, but he hung in there.  In a way, the making of the movie was pretty much the same premise.  Finally the Fonz, Henry Winkler,(Who had started a production company with his Happy Days money) had read the script and decided to take a chance on the slush mouthed actor/writer from Philadelphia.  The rest is history.

STAR TREK THE MOTION PICTURE 1979 – After Decades, Trekkies waited for this disappointment.  It grossed 82 Million in the U.S. box office.  It’s one of the few motion picture series that put out great movies on every even numbered sequel.  The odd numbered sequels were all considered disappointments.  Over all the Franchise can put out deep fried dog turds on a stick and Trekkies will have to buy two.  One to play with and one to save “Mint in box”.

AMERICAN GRAFFITI 1973– Asks the question “Where were you in 62”.  One of Ron Howard’s few movies which he had success at as an actor.  Again we see Spielberg in the success of this American Classic.  In the early 60s, guys who had survived WWII or Korea came back and worked on making these awesome machines known as “Hot Rods”.  American Graffiti launched the careers of a plethora of actors.  Unknowns from a young Richard Dreyfuss to a young Thigh master spokesperson, (Suzanne Somers) were in this movie.  An unlikely actor who played the bad guy “racer” would turn up again in future Spielberg productions as Hans Solo and Indiana Jones.  Harrison Ford.  The Movie would spawn the TV series Happy Days.

ENTER THE DRAGON 1973 – Enter the Dragon was the only Bruce Lee Movie made for the U.S. audience.  It is Bruce Lee at his finest.  One can only wonder why Bruce was turned down for the role in TV’s “Kung Fu”. 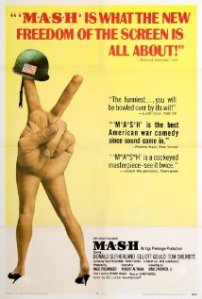 M*A*S*H 1970 – Perhaps not the best Movie on the list and one can easily argue that M*A*S*H is an outright plagiarized remake of “Battle Circus” starring Humphrey Bogart and June Allison.  But like the Rocky Script, the script for M*A*S*H was turned down by 19 production companies before being accepted.  The true success of M*A*S*H would come from the CBS series.  I believe it is still the all-time highest rated comedy show on CBS.  The series lasted 11 years on CBS.

ANIMAL HOUSE 1978 – This is the quintessential “College” movie.  It created a new culture in the late 70s.  Campuses were celebrating the movie with “Toga Parties” and even the news media of today still use terms from the Movie such as: “Double Secret Probation”.  This movie was John Belushi at his finest.  The story of Lucas finding a University that would let them film is a again, a fine story in its’ self. 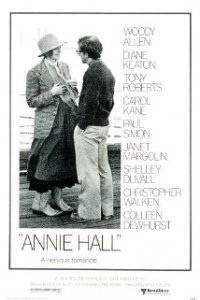 ANNIE HALL 1977 – Before Woody Allen tarnished his reputation as a pedophile; he was the Apple of New York’s eye.  If you look at the genre that is Woody Allen, you’ll find it in Annie Hall.  Woody is an example of a man who “Made it there” now he can’t make it anywhere.  Separating Woody’s idiosyncrasies from his work, this is one of the finest modern Romantic Comedies ever written.

Cult Movie Classic 1975 – The Rocky Horror Picture Show.  I can’t remember much of this movie.  I don’t think anyone who’s watched it at the midnight showing can remember much of what this Cult movie was about.  It does define the genre if any movie does.  No movie has ever been around and had so much audience participation.  I only wished Tim Curry, who is a fine actor, could have done other movies before being labeled by this movie.  Not only does this movie define the genre of cult movies, but in a way, with the exception of the movie “The Serial” (Martin Mull) it represents the miserable 70s.