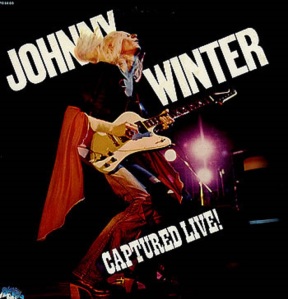 It was like learning to swim or ride a bike.  If you listen to my earlier albums you can hear the heavy influence of two other guitarists.  Alvin Lee and Johnny Winter.  God took Alvin back in March of 2013.  I was stunned.  It was Alvin’s show stealing performance at Woodstock that made me want to be a rock and roll blues guitarist.  After learning my craft, I grew very fond of this albino guitarist that could play lead guitar and sing so naturally.  It was Johnny Winter.  (Edgar’s brother).  So in a very OCD type fashion, I studied these two guitarists’ recordings “Note for Note”.  On my first two albums you can hear them. Especially my first album called “Cowboy Hat Blues” which was dedicated to those blues masters that performed with a cowboy hat. (Johnny Winter, SRV, Freddie King etc…)  To this day, you can still hear those riffs that I practiced over and over again, until I could do it without thinking.

The two albums I can play note for note are Johnny Winter Captured live (Minus the Slide parts) and Alvin Lee’s/Ten Years After’s “Rock and Roll Music to the world”.  I would stay up all night with the head phones on playing those riffs, backing up the record, then doing it again until I figured it out.

In 1975, I realized that I could keep up with my heroes.  I was fast.  Then I had a strange epiphany.  I realized that all of my playing was really fast.  In fact, the Wave Magazine as late as 2005 said: “If you like Loud, FAST, unapologetically confrontational Rock, Ace is your man”!

Enter The Guitar Player Album of the Year for 1975.  Robin Trower’s “Bridge of Sigh”.  It was slow juicy, almost psychedelic Blues Rock.  Just listening to these long bending sustains on his guitar opened my eyes to a new element of guitar called “Tone”.  This “balanced out my sound.

Johnny’s first band was Rick Derringer’s band “The McCoys”. (Hang on Sloopy)  So last night before I went to bed, Rick’s wife told me that she had heard but wasn’t sure of the news that Johnny passed on tour.  I went to sleep praying it was just a bad rumor.  This morning Fox had a short article on Johnny’s passing.  They said he passed on tour in Zurich Austria on the final leg of the tour.

So for almost 40 years, these 3 musicians were the foundation of what would be MY signature sound.  But Johnny was always the most entertaining.  I was in Japan in 1976 and I saw Johnny with many of the world’s greatest blues shredders around him.  Guys like Jimmy Page and Eric Clapton.  One by one they just quit playing and formed a circle around Johnny and watched the master play.  Johnny was a guitarist’s Guitarist.   Even Jimi Hendrix looked up to Johnny. 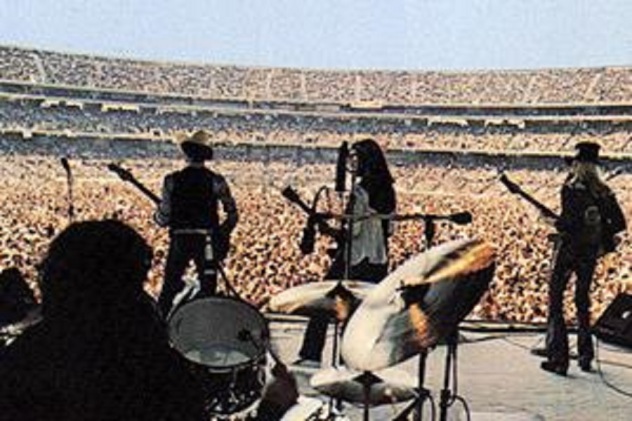