It’s easy to use public figures as examples, (because most people can appreciate the change) however the same principles apply to you and I.

Back when Apollo astronaut Neil Armstrong was looking forward to being the first man on the moon, many young boys were watching Marta Kristin in her tight Lost in Spacesuit while finding a mysterious need to rub on the living room floor (The same way a dog drags its’ butt across the carpet.  Somehow the reproductive mechanism in our brain and our reproductive organ were communicating with each other.

I wanted to examine the flaws of choosing a life partner based on physical attraction.  When we’re growing up (And I’m speaking for myself) we don’t have a parent helping, nor would a rebellious teen want a parent picking your dates for you.  Oh how I could have used a parent or two back in the 60s.

Rule No. 1 What you see is not what you get.  Plus, if you get that über-attractive person, be prepared for the competition.  As I learned after my first (and only) Divorce, the next bus is in ten minutes and people who broker in attractive people are always looking for the chance to upgrade.  This is called looking for the bigger better deal or the “BBD”.

Rule No. 2 We don’t want what we don’t have.  We want what we can’t have.  The reason Cindy Crawford didn’t make my list, is because I always use her as an example when discussing man’s inherent need to hunt.  I use to say: “If I had Cindy Crawford, I would want the next pretty face who came along, like Elle MacPherson”.

Rule No. 3 each day after birth is one day closer to death.  The pedals of the beautiful rose will inevitably wilt and its’ beauty will in time, be gone.  “Yet the memory of giving the Rose to that someone special makes the rose live forever”.

Finally; I can’t emphasize enough the importance of learning to live alone and to love yourself.  Someone else’s love will not make you happy until you are able to love yourself.  Most of us think of that principle backwards.  They think running a marathon will get them in shape.  The truth is the marathon will kill you if you haven’t trained. (Alone). The marathon may tear your hamstrings but it won’t take your house and half of your stuff.

So let’s see what would have happened had I married the TV/Movie/Models I had crushes on growing up.  These beautiful people are in the order of how much of an effect their looks had on who I chose as a date/mate

* NOTE: I chose fair pics which I felt gave the star credit for how they would probably be seen in public.  They’re not publicity photos of the stars in their 60’s, but I did choose pics with make-up and their hair done.  I hate the tabloids that show “Now” pics of stars who just woke up with a hangover. (And NO Kirsty Ally did not make the list).

Yes, the girl from laugh in.  She was on TV every week dancing in a cage with graffiti all over her body.  I believe that her stable relationship with Kurt Russell helped her maintain her beauty.  Ms. Hawn is 68 years old. 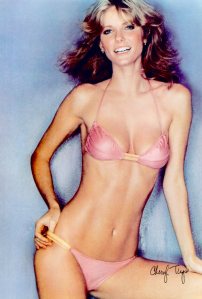 One of the first “Supermodels”.  What was the difference between a model and a “Supermodel”?  You knew the name of the model.  The main issue with supermodels is that unless they can act, their stock only goes down with age.  The smart ones use the modeling contract to go to Stanford or Harvard and invest in their future.  The shallow ones speed up the aging process by going to Hollywood parties every night in search of a millionaire whom they can make ½ millionaires.  This in the end is detrimental to their self-esteem because their only accomplishment was that they were beautiful at one time.  Ms. Tiegs like many good natured models, has only gone through 4 spouses and keeps herself busy by promoting “Green” activities.  I might add that collagen lip injections have not served her well.  I also suspect by the indentations on the sides of her cheeks that a few years ago, she had a face lift.  The giveaway indentation is a suture that tightens the muscle in the face. (I could be wrong)

The sexy one from lost in space.  Ms. Kristen born Birgit Annalisa Rusanen, despite the odds of being a WWII ophan, (Her mother was from Oslo Norway and her father was a soldier who died in the German Army in WWII.  Sadly, Marta was born in February of 1945 and WWII would end in May the same year.  Marta Kristen was married twice.  The first lasting 11 years from 1963 to 1974 and her current husband whom she’s been married to since 1974. She looks great at 69. 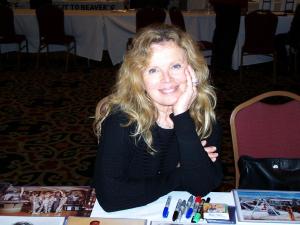 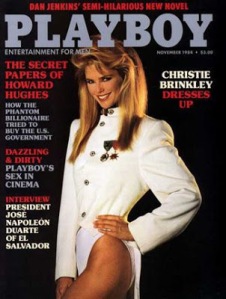 Ms. Brinkley is one smart woman.  Besides breaking 4 hearts (Not counting the 3 children she has) she was smart with her money.  She’s worth about 80 million (mostly from real estate) and is known mostly for 3 accomplishments.  She was on the cover of early sports Illustrated swim suit issues and was once Mrs. Billy Joel. (Having one child between them named Alexa).  Her other notable moment was starring in National Lampoon’s “Vacation” with Chevy Chase and Beverly D’Angelo.  Chevy Chase is quoted as saying: “Christie is such a nice girl but a horrible actress”.  When she was asked if Christie had any flaws as a bikini model, the director of the Sports Illustrated said quickly and quietly: “She has no butt”.  Christie looks fabulous at 60.

God taketh away and god giveth.  Vanna was the daughter of Puerto Rican, Miguel Angel Rosich, who bolted when Vanna was born.  Vanna’s mother remarried a real estate agent named Herbert Stackley White.  Vanna was adopted by her stepfather and took his last name.  By the way, Mr. White’s sales territory is what is now known as “North Myrtle Beach”.

In 1982 Vanna was chosen by Merve Griffin to turn numbers on the famous TV Game show “The Wheel of Fortune”.  “Wheel” was one of the only, if not THE only show where people tuned in just to see what the Beautiful Vanna was wearing.  Vanna was married once.

I don’t say this with any hint of malice, but Vanna has not aged well.  This strikes me as unusual as her childhood was not one of poverty.  She was a star at 23 doing very little.  She did suffer tragedy when she lost her fiancé in a plane crash in 1986.  Typically, women with Latin ancestry age well.  Perhaps Vanna being in the public’s eye since 1982 (32 years) has had an effect. Vanna is only 57 and looks older than Christie Brinkley at 60.

*NOTE Farrah Faucet would have been in this spot.  But I will not speak of the dead as she was dealing with issues at the time of her death.  I will say, that in the military, there wasn’t one barracks or locker that did not have the one piece bathing suit poster of Farrah.

Speaking of angels and poster girls turned actress; the actress that replaced Farrah in Charlie’s Angel’s was Cheryl Ladd.  Ms. Ladd moved to Hollywood and landed a part as a singing “voice over” for the animated movie “Josie and the Pussycats”.  She’s been married twice and has one child.  She is still married to her husband of 33 years.  Kudos Ms. Ladd.  Ms. Ladd is of German ancestry on both sides of her family.  It’s my observations that German women are like meteors.  They are so beautiful but find it so hard to maintain that look of youth.  What I find most attractive about Ms. Ladd is her loyalty to her husband of 33 years.  Congratulations poster girl. 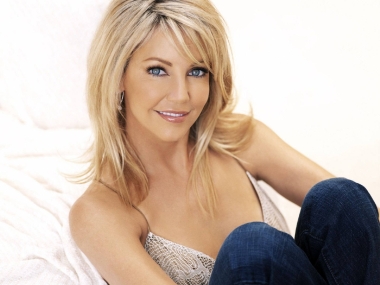 Born in Los Angeles and attended UCLA, Heather is everything I would warn my sons against. In her defense; she did “attend” UCLA.  She grew up in Thousand Oaks in the northern San Fernando Valley.  She’s an L.A. girl.  She married two rock stars.  It’s hard to live the Rock Star life and try and keep your health in line. (Keith Richards)  She was incredibly Beautiful/Sexy by any standards.  She is part English/Scottish and German.  But the years of exposure to L.A. is apparent as she is only 52.  Given the choice between this one time Hollywood goddess and Chery Ladd (10 years her senior) I would have to pick the elder. 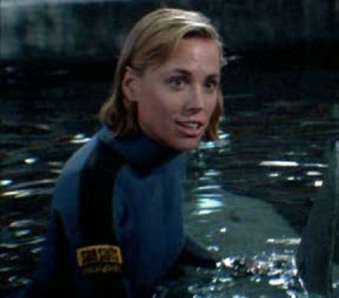 In 1983 Spielberg released the 3rd Jaws movie in 3D.  My heart was stolen by this beautiful nobody in a wet suit.  Of course she co-starred in this awful movie with Dennis Quaid (who seems to be synonymous with women Ace has a crush on).  Bess would go on to be the queen of many B movies in the 80s after landing the part of the young sexy object of a midlife crisis in the multi-award winning Alan Alda directed movie “The Four Seasons”.  She was married for 1 year between 83 and 84.  In 1985 she would marry John Fiedler, the man she is still married to.  She rates so high on this list because for being almost 61, she looks almost as wonderful as she did 30 years ago. 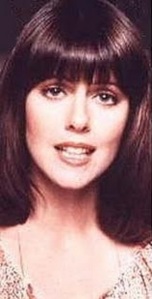 Most of you know Pam as “Mindy” from Robin William’s debut TV Show “Mork and Mindy”.  Ms. Dawber is 62.  I only have one comment.

The only reason Meg makes the top of this incredible list is because in the 80s, she wasn’t sexy, but very, very attractive.  She played roles of the woman that every guy wanted to meet.  She would marry and have a child with Dennis Quaid between the years of 1991 and 2001.  In the 90s I read articles about Ms. Ryan’s personal life and she is far from the sweet character, “Sally” (whom Harry met) or the lovable co-star in Tom Hanks’ hit movies “Sleepless in Seattle” and “You’ve got mail”.

Meg Ryan is one of more dangerous types of female personalities you want to meet. (The same principle goes for men) They are noticed for their “Girl next door” attraction.  After a while, they want to be as sexy as Heather Locklear or Cheryl Ladd.  So to feed this insecurity (Which is the underlying issue) a perfectly lovely woman turns to a plastic surgeon. Meg tried filling the emptiness in her heart with fake breasts, collagen lips, (which first coined the term “duck lips”) and alleged cheek implants.

One gossip writer wrote quite eloquently: She had the looks to age gracefully”.

Ms. Ryan who is half Irish and half Polish could have still been getting the roles she was casted for.  I doubt she could get a contract for Geico commercials now.  So sad.