AND BEFORE YOU’RE BORN

There exists a place void of “space-time” as Einstein would call it.

I’ve been gathering my thoughts after the decapitation of the young and brave journalist James Foley at the evil hands of some psychotic extremist who is probably just mad at his father and hasn’t grown up yet.  From what Mr. Foley’s brother said, he thought James volunteered to go first as a human sacrifice.

But where is James NOW?  We know his body is probably still being abused in Syria but James is alive in the cosmos somewhere.  The question is where.  I know that the energy that is used to power the human body can easily power a city for a week.  If you don’t believe me, go into a “clean” room where they work on microchips.  Besides wearing “non-static” clean suits, they wear shoe covers and in some cases, bracelets that ground the technicians so they’re body’s static electricity doesn’t fry a whole board.  Yes, the human soul is the main stay of human life.  The body is simply a meat Jacket.

I’ve looked upon the body as a random rental car that you’re stuck with during your incarnate existence.  I have a feeling that your rental body and mission could be determined by your previous rental excursions.  (That’s just my belief) You don’t get to pick the color, the body style, and in some cases, (like rental cars) you get a car that is going to have problems.  But unlike the nice people at Hertz, (sarcasm alert) you can’t return it.  But once the car runs out of gas or becomes un-drivable or uninhabitable; it’s time to visit the rental counter.

I’ve rented easily over a hundred cars and I’ve driven them in some strange places like Peoria IL, Ft. Myers FLA, Manchester CN and even Misquamicut Beach R.I. (I had to work my Brain too damn hard to remember that place).   But I had a mission when driving my rental car at each of those places.  Some places were enjoyable, like playing in San Antonio.  It will always have a “special place” in my heart.  It was a huge stage and the audience was packed with blondes by Clorox.  I also played in a little place called Rheinlander WI.  Not much to talk about but the people loved it.  My analogy is, I tried to get better with each visit and I had little control over where I played.  Most of the time I tried to get a white Mustang convertible. But sometimes I had to drive a Black Crown Victoria and sometimes I had to drive a Blue Toyota. 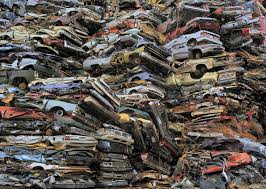 Regardless of the make, model or location these cars all have one thing in common now (with the exception of the last couple of Camaros I’ve rented) is that all the rentals of the past are in scrap heaps somewhere.  They’re flat pancakes waiting to be turned into toasters.  Using application; I would think that my current rental will be land fill along the California coast (somewhere).  Like all of the other rental cars I’ve driven, they were only needed to get me to and from my mission.

Sometimes when I can’t sleep or am not tired I visit www.NDERF.org  and read about people who have died and been resuscitated.  In the most recent batch of testimonies, they all had one theme in common.  It was so ubiquitous that it inspired this article.  A majority of them claimed that they were told: “You can’t stay, you still have things to do”.  I wondered what that was all about.  Were they being returned for their edification or were they needed back in the incarnate realm to help someone else?  “God works in mysterious ways”!

If you use the analogy of the rental car, you realize that if you can’t return the rental car, you need to take good care of it if you want it to get you back to the rental counter.  When I look back at the many Mustangs I rented from Hertz, I cannot remember one from the other.  I do remember where I drove them and what my purpose was, but arriving in a White Mustang was never my purpose to be where I was going.  Looking back on the performances I gave, I think it even goes deeper than the performances.  I think, (Keyword) that when I get this rental back to the counter, I’ll be asked a series of questions such as how did this trip change you?  I don’t know what I am here to learn but I feel that my existence here is no accident.  Is my “Life Experience” the only way of improving my spiritual being”?  I don’t think my parents had me, I think I chose them; and yes Rick Derringer, I think you did ask to be born!

James Foley’s early death was not in vain.  He exposed evil to the world.  I don’t know if they told him this at the rental counter when they gave him the keys to his rental and told him which model he was taking.  If we are pre-destined in this life then James Foley is what is referred to as a “Brave Soul”.  On this play ground called earth, James showed all the other kids on the playground the bully on the monkey bars.

If we think of the real James Foley as being the electrical source (soul/spirit) that operates the rental meat Jacket, then James is back home receiving his: “Well done, faithful servant”. 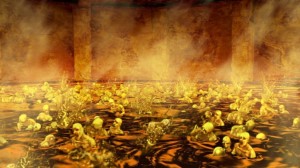 To ISIS, be warned that the wrath of God (and others) are coming for you.  Instead of receiving a: “Well done”, you will be told: “Keep moving” and sent to the scrap yard along with your rental.  Perhaps you will make a better toaster. Perhaps you will be reincarnated as the termite pest that you are. I do not know.  I’ve only read that: “Vengeance is Mine”. (Thus sayeth the Lord). 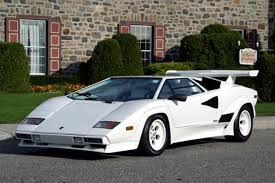 From my readings of the Bible, when we come home, we get to pick our rentals only we get the pink slips so they’re not rentals and they’re not rental meat jackets.  They’re spiritual bodies that do not run out of gas or break down.

The key (no pun intended) is that you need to know how to drive it!