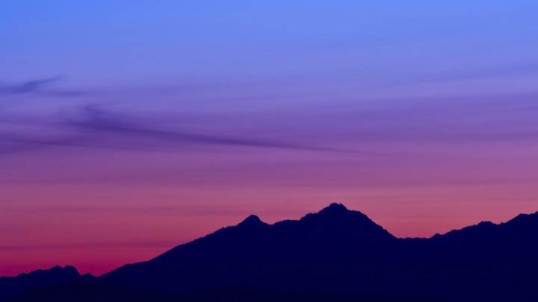 Saying when my kids were born, or being baptized and born again are too easy. I might add that I have baptized others which was wonderful, but it wasn’t a “Magical” moment.  Perhaps it was the most important thing I did but for this blog entry, let me share three things that I will never forget.

1  In 1975 I was driving my 1968 MGC-GT from the San Francisco Bay area to my new home in San Diego. I had just put brand new speakers and a stereo system in this British Sports car the size of a Volkswagen. Driving with the speakers past 5 was like wearing headphones. Sometimes, the cosmos aligns just right and you receive an experience that gets tattooed into your memory. I had started my climb up Grapevine hill north of L.A. County around 4:00 PM in early spring. (The sun set closer to 5:30). I had hit the summit of the Grapevine just as the sun was going down. What was once a blue sky, was now turning pink. 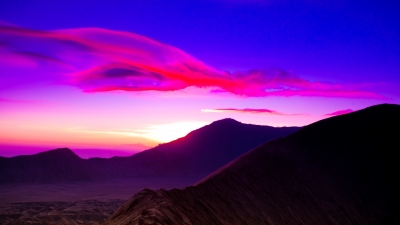 I had bought 4 new audio tapes for the ride. I went into the climb listening to the first Montrose album. It was loud and rocked my dendrites and neurons with incredible perfection. Finally, it was time to unwrap the last tape. I had not heard anything from the album, nor did I own any albums from this artist as they were known for one of the best-selling albums in history: “The Dark Side of the Moon”. I had made it to the top of the mountain and slipped into the tape player: “Wish you were here”. By this time the sun had set even further and the horizon was pink and the sky was purple. After the intro lead guitar was over, sunset had occurred. The driver side window had stars while the passenger side (Pacific Ocean side) was deep purple. The stereo was at about 7 and I felt like I was having an out of body experience. I felt like I was having a wonderful hallucination. I was not expecting this perfect alignment of sky, stars, sun and sound. You had to be there. Sometimes God gives us a wink and a smile.

2  In 1993 I was living in the city of Angles. Yes I had a condo in Marina Del Rey. There’s a saying in L.A.: “You’ll never know who you’re going to run into so always dress attractive and keep head shots with you”.   I always dressed like myself. Black James Dean Motorcycle Jacket, faded Levis 501s and a black mock turtleneck shirt with Hi-top Basketball shoes. Typical Ramones attire. My favorite restaurant in L.A. was Edie’s diner on Admiralty Drive. I was walking east on the marina side of the street and who do I see waiting to cross the street? I was stunned and I’m sure it showed. I stopped to process what I was witnessing. She stopped in between parked cars and noticed me staring at her. She flipped her hair back from in front of her face, waved, smiled and gave me an unexpected wink. I just stood and watched as Kim Basinger crossed the street and headed towards what was then the Double Tree Hotel.  As I continued to walk away, I looked back only to catch her looking back at me.

Years later, I would learn that she had just done a recording (singing) on an Ozzie Osbourne track. And yes; She was just as beautiful in person as on the silver screen.

3  In 1995 I was camping near Lake Tahoe at a location known as Emerald Bay. We had a tent and a nice campfire. Sitting next to the warm campfire in a lawn chair, I let my head recline to stare at the stars. The moon was not out and we were miles from south shore Lake Tahoe making the whole universe visible. While gazing at the constellations, I noticed several shooting stars and one bright star that seemed as bright as Venus. Only I knew where Venus was. Then in less than 2 seconds this star made 2 moves that defied astrophysics. It made a figure 4 maneuver and disappeared. No, I don’t do drugs. It was there, then it went one way, hung a sharp right then another sharp right turn and it was gone. It was my only UFO sighting.  Bill Byrnes would go on to say that Lake Tahoe is right smack in the middle of the UFO triangle on the west coast which goes from area 51 to Edward’s Air Force Base to Mt. Shasta.

Remember, tomorrow is not promised

I’ve had many “Wow” moments in my life. Too many to recall. Things like meeting the late Dr. Stephen Covey or Neil Young. I’ve even seen a flock of flying fish.  I saw a Poseidon missile come out of the ocean less than 50 yards from me. I’ve heard a bullet whistle by my ear and lived to tell about it and I saw Troy Tulowitski do an unassisted triple play. WOW. I could go on. I’ve been blessed.

Warren Zevon recorded his final album while letting Mesothelioma take his life. But he said two extremely profound lines amongst many, but the two I will always remember is a dying man saying that when he wakes up in the morning he says to himself: “I guess I made it another day.” Then as fans were sending him mail telling him how they were moved by his decision NOT to do the Chemo and Radiation therapy. Warren said: “I think it’s a sin to not want to live”.

Remember, tomorrow is not promised and comes with problems of its’ own. Yesterday is history and you cannot change it. Today is the day you can make changes that determine your future.

One thought on “3 Magical Moments”