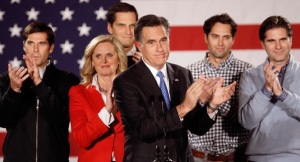 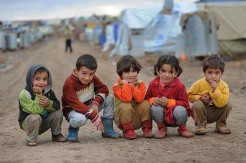 And its’ unintended consequences in adulthood

OK, on a scale of 1 to 10; a one is growing up in a war zone. A zero (0) would be any childhood that included physical or sexual abuse. Verbal abuse would be in the 1 category yet negative adult symptoms will manifest.

A 10 would be growing up a Kennedy or Romney. Aupaires notwithstanding, I’m sure Mitt was around for each child and was strict yet never let his kids down on Birthdays and Christmas. (Again, LDS practices notwithstanding).

Let’s throw out the extremes and go with the 4 to 6 categories. A 4 would be kid with a dysfunctional parent or both.  In my case, I had a dysfunctional parent which led to her death. *Note – Timing is everything.  To quote my best friend: “When your mom died, you just disappeared”.  I was 11 when Mutti checked out leaving me to grow up in the what many would refer to as the “formative years”. Father knew three things, how to run a nightclub, cook gourmet meals and watch baseball.  Setting up a household was NOT a strong prowess.

5s have evolved over the years. In my youth, a stay at home mom was the norm.  Now a stay at home mom means she’s either really wealthy or a crackhead on state aid.  Stay at home moms don’t make category 5.  I would guess category 5s have at least one parent that cares.  If 2 parents are involved, one parent goes to the PTA meetings while the other lives in denial. 5s get half the cool stuff that comes out.  Instead of an I phone, they probably have a pre-paid phone.  The 5 grows up wondering when the parents are going get divorced.

The category 6ers are slightly better off than the 5ers. They have two parents that are dysfunctional yet both want to see their kids raised and wait until the youngest is 18 before manifesting the mid-life crisis.  Psychologically, the 6er may be worse off than the category 4.  The 6 child is growing up in a somewhat leave it to beaver house but they feel that something’s wrong.  They know they’re living a lie.  One or both parents must resort to vices to stay in the relationship. The 6er is not fooled.  Yet he’ll get a car on his 16th birthday, but rarely a parent that says: “I love you”.

I show gratitude every day that I’ve been blessed with free will. An adult can choose to learn from his parents’ lack of parenting skills.  At some point you become an adult when you realize that your parents were immature adults perhaps as messed up as you.  If you lost one or both parents at a young age, you lost unconditional love at the same time.  This will haunt you the rest of your life.  You will probably marry young (and immature) to have someone/anyone who will be there for you.  Many times one of you will be the enabler.  Once financially mature, don’t be surprised to see yourself spending $200.00 on that G.I. Joe you never got in 1966.  *THIS IS IMPORTANT In many ways, we as adults will covertly try to be the parents to both our children as well as our “Inner-child” (sorry for using that rhetoric)

I had a theory that the 80/20 rule applied to raising kids. And I’d say this applies to 80% of kids in the 4 to 6 categories.  Children learn 80% of what they know and do from watching their parents.  If the parents can do it; everybody must be doing it.

Hide your vices if you can’t give them up.

20% of the kids in the 4 to 6 categories think for themselves and learn from 80% of what you say to do and not do. These children are rare.  Again, free will has much to do with these kids.  And as prefaced, I use to think this way.

Kids will grow up in mostly one of three ways.

1  Those who use free will to their advantage. Usually we see this in the self-motivated individuals that recognize what their parents were doing was not serving them well or they had respect for their parents achievements and success and trusted their advice.  Love is the motivator.

2  Those who go with the flow and grow up to be replicas of their parents. Some never leave the town they were born in.  They feel they can only rise to the level of their parents’ success.  Maybe, with interest in personal development, a growing child will question why they are doing what they’re doing then graduate into the previously mentioned group who exercise their free will.

3  Sadly, the underachiever that sees what he or she wants to see. If mom smokes pot and has a paradigm that everybody does it and: “It’s cool once you turn 18” it’s only grooming or even more precise, sentencing, the underachiever to failure.  If not corrected and shown parental love this kid will become a burden on the tax payer.  If this kid comes from a category 5 background, hopefully rock bottom will be what it takes to turn around the youngster.  Hopefully the youngster or adult can survive “rock bottom”.

In closing, some of you may be saying or thinking: “Yeah I can see that” or “This guy is full of crap”  I would say you are both right.