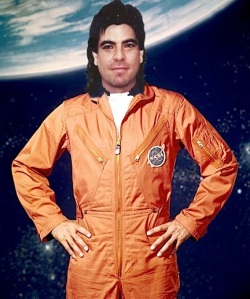 I was 11 when my mom died. It was a tragic thing but I was too much in denial to understand it. 4 years later, I was a sophomore in high school. I joined R.O.T.C just to give it a try.  We got to go on cool field trips and on Tuesday we had to come to school in an Air Force uniform.

As you know, I ended up enlisting in the Navy because my brother had done it and my father had done it and in the 60s/70s it was natural to serve your country. I left the Navy as a Hospital Corpsman/Operating Room Technician.  Training for the O.R. was something I wasn’t so sure about.  One of my rotating chores was to “water the dead ones” Yes, I had to poor formaldehyde over dead bodies to keep them fresh.  It’s one of the few times I thought about my mom’s death.  In fact I didn’t even think about having to face blood and guts when I signed up for O.R. school. I was supposed to be a Pharmacy tech until Washington closed the OJT program I was in.  They offered my any school I wanted.  I wanted to stay in the Bay Area so I chose to be an Operating Room Technician.

This is ironic as on one of my field trips while in R.O.T.C. I was forced to wear an orange flight suit over my jeans and Tee-shirt and watch a first aid movie. The room was hot and muggy and I was sort of tired but I was watching this movie when a scene showing a fake injury with a bowel hanging out made me “pass out”.  Yes a guy that would get blood and puss in his face passed out watching a fake first aid flick.  Yes; I fainted.  I came to, with my head between my knees out in the cool shade outside.  What the hell ever possessed me to go into the operating room for a living?