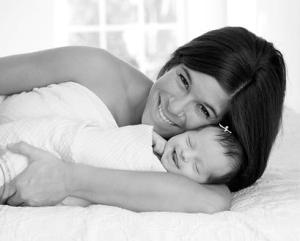 Steve wrote another profound line in that jewel of a movie that said: “Let us just say I was deeply unhappy, but I didn’t know it because I was so busy pretending to be happy all the time”. In many cases we pretend to be happy and openly accept denial. Pretending can be a good place when you don’t know Love from Lust, Greed from Need or just waiting to see what happens next.

(Example: “I married you because I thought I could change you”.)

I was instructed in college that everything we know about relationships is a child’s paradigm. If you were lucky enough to observe 2 parents treating each other with trust, love and respect; your subconscious mind made notes that it would later try and apply to your self-esteem, your social awareness and eventually your love life. Our first experience of love is when our mother holds us in a birthing blanket just after an obstetrician spanked the muconium off of our cheeks. That mother’s love becomes the bench mark or gold standard in which we will judge all others who attempt to win our hearts. (Up to a certain age)

The Bible instructs us to be fruitful and multiply.

At puberty, a funny thing happens. I say funny because puberty happened to me in front of God and His entire green earth. I was wrestling with an older girl that I was friends with. She was 14 and I was 11 or 12. She was a “Tom” girl but she was starting to wear a bra and real short cut-off jeans with slits up the sides. But I never saw her as anything but a “Buddy or Pal”. Until one day when we were wrestling on the ground and I got my first public erection. My goodness we both stopped and looked at each other? She smiled because she knew what was happening, but she also didn’t let me go because she was “older and smarter”. (Looking back, I think she enjoyed it)  I was embarrassed to say the least. For some reason, we never wrestled again after that.

Oh the innocence. But Love? Nope

Now an awful turn of events happened that would cast/spew it’s influence on my relationships forever. My Mother (My/everyone’s first true love) died when I was 11. That hand of compassion was gone. The person who kissed it and made it feel better was gone. So for 6 more years it was just my father and I trying to do our best in a small 2 bedroom apartment. After losing my “Bench mark” of love in 6th grade, it was a sea of chaos and confusion in high school. I wanted to find that hand of compassion, but 15 year old girls are no substitute for your mom and your widowed father is no substitute for the gentle hand of compassion.

It’s easy to see how the motive for love in any future relationships contained these seeds of destruction. Not only was I trying to replace somebody that loved me unconditionally, but I was trying to find it with someone that had no idea of what mutual love between two people of the opposite sex was. Even when I was older (in my 20’s) It seemed like I was dating for the specific purpose of finding someone to fill the loss of the Gold standard.

Unfair expectations to hold anyone to.

Sadly enough, young girls who have their self-esteem shattered by an abusive father (sexual or not) commonly plant the opposite seeds of destruction in their first boy/girl relationship as she will not be happy with anyone that doesn’t slap her around. I’ve dated women that couldn’t respect me if I didn’t mistreat them. (And I never would ) But going back to my opening line, our first paradigm of love is through the eyes of a child. We see our parents kiss, hug, hold each other, or slap, yell, beat, leave etc…… It’s all part of the garbage in and garbage out process we call relationships. As children; subconsciously we suck it up. We not only suck up what we see our parent do and say, but we are influenced by television, our culture, our friends, the Internet and of course Walt Disney.