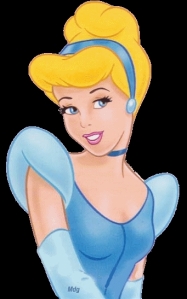 I once took a class called “Finding the Love of Your Life”.  It was a video course that was produced by Dr. Neil Clark Warren.  Yes the same Dr. Warren in his commercials for EHarmony.com. One section in the course focused on a question that has puzzled me all of my life.

Why do we find certain people more attractive than others? And why are some women perceived as very attractive to a majority of men?

Dr. Warren says it’s our childhood scripting that is the programming of our fantasy partner.  In other words: “Hollywood”. 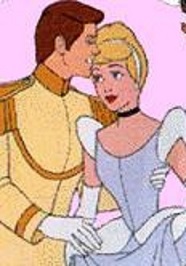 Somewhere in the DNA of the seeds of Puberty lay the visions of Beauty as described by Disney. If you study the characters of “Sleeping Beauty” “Snow White” or even “Cinderella” you’ll find that Disney preferred a light skinned Caucasian girl with Big Eyes, a small nose, and big lips. Prominent cheek bones were also common. These images are what keep cosmetic surgeons busy every day.  Rhinoplasty makes your nose smaller. Blepharoplasty makes your eye bigger (by reducing the eyelids). And of course what would Angelina Jolie be without collagen in those lips?

As you can see, This was the image little boys were told to look for; and the goal little girls were told to aim for. I guess it would have helped to be Nordic or Scandinavian. 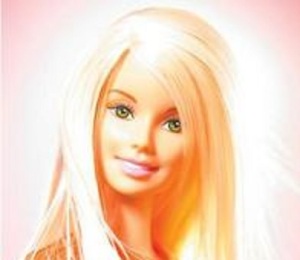 So we go thru life using these mental images as what we need to attain to be successful in life. If you’re a minority; forget it. This isn’t the country for you. You blondes wonder why Hispanic girls have a chip on their shoulders? EVEN in the movie KING KONG the Gorilla was offered up a female human sacrifice with a BLONDE WIG. So can we blame Walt Disney for the 50% divorce rate in America Today? Perhaps there’s enough blame to go around all of Hollywood. But ultimately we only have ourselves to blame. Self-esteem is not something that comes from society’s norms. As children, we are taught with positive and negative re-enforcement. If we do something good, your parents tell you so. If you do something bad, you are admonished. So as children, we are always looking outside (from someone other than ourselves) for “confirmations” of our behavior.  Unfortunately, this doesn’t stop at behavior. We do the same thing for our profession, our lifestyle and of course our appearance.

In Science, we use what is called a “control” to determine what is normal to give us “desirable” results. And as humans, we want to use that same type of paradigm (pronounced “pair- uh- dime) or method of thinking. So as a young “virile” male; if I can mate with someone that looks like “Barbie”, then that reflects on my ability to attract women.  It says nothing about my ability to have a lasting relationship (see Hollywood marriages).
Dr. Warren went on to classify people that were seeking a mate in 3 categories.

1. Breezers – (I’m paraphrasing) or people that look like Hollywood’s perception of Beauty. These people never have to look for a date. Their always having people hit on them and their biggest problem is weeding out the one’s they dislike. I guess this would be the Jennifers, Brads, Bens and Angelinas of the world.

2. The Short Shrifted – You know who you are. I guess the best phrase that describes this bunch is from the Woody Allen movie “Annie Hall” Woody quotes Groucho Marx when describing his relationships. He says “I would never want to be in a club that would have me as a member”. I think this describes the sort of “Programmed” social suicide that keeps many humans from being happy. I’ve seen it many times with financially successful people. We don’t want what we don’t have; we want what we can’t have. Short Shrifted people think they’re too good for what has come their way. The problem is, all of their decision making criteria is based on physical attributes.

3. The desperate – Yes, these are people with just the opposite problem of the short Shrifted. They lack self-esteem and are drawn to anyone that will look at them twice. They mistake attention for attraction. It’s very sad because true beauty lies within the person. And these people sell themselves short.
Hollywood has sold us a bill of goods. They want us to think that a mindless bimbo has more going for her than mother Theresa. The more women gained from the civil rights movement of the 60’s; the more Hollywood has denigrated them by focusing on their physical attributes. True beauty doesn’t come from Revlon. It doesn’t come from having the right genetic makeup. It’s not about what you have, where you live, what you wear or what you drive. It’s about what you are. To millions of shallow girls, they find their role models in Britney Spears and Miley Cyrus. In their Hollywood programmed mind; “if only I could look like her all of my problems would be over”. 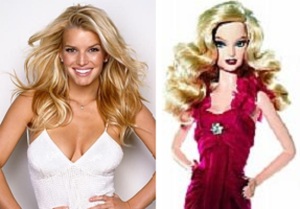 It’s very sad. As long as we keep using “Video” as a form of parenting, we will continue to support this self-destructive myth. When little girls long to be more like mother Theresa, or Sally Ride and Men start appreciating women as beings and not physical possessions; then will there be hope for future generations. Only then will the divorce rate start to decline. Only then will humanity start to scratch the surface of its’ potential.