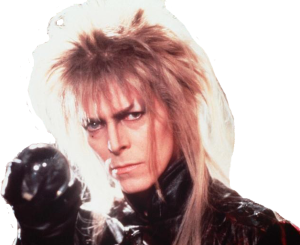 He changed our culture.  He changed music, for good or bad you be the judge and history will decide.

When I was a kid practicing guitar every day, I saw the manifestation of Ziggy Stardust. I was speechless.  I felt he was somewhat enigmatic.  But up to that time, Rock music had guys who wouldn’t even face the audience.  You can still go to a bar and see a blues band where the musicians are statues.

David put color in Rock music. His music, although often described as “Glam” was far more profound.  If you go on you tube and watch the great Rick Wakeman, (who played keys on “Life on Mars”) he said Bowie’s chord structure was like nothing he had ever seen.

To say David played Glam conjures up visions of the New York Dolls. The only thing Glam about David for the beginning of his career were the theatrics in his performance.  America had its’ version in Alice Cooper.  But David’s music was, at heart, Rhythm and Blues.  On his album “Let’s Dance” he hired a young Texas kid named Stevie Ray Vaughn to play the solos.

In his albums like “Young Americans” he showed the “soul” side of his persona. In fact he appeared on “Soul Train”.  (A 70s American TV version of Bandstand designed for African Americans)

Of all of the headliners, I always wanted to do Bowie’s farewell tour. When I stopped touring and focused on recording, fans would ask when I would be on the road again.  For 10 years, my standard response was: “David Bowie hasn’t called me yet”.   (Spoken half in jest) I made every effort to get an audience with Mr. Bowie.  But after his heart attack in 2005, my connections and plans turned more to a dream.  Not a pipe dream but I knew the people around David but It never happened.

Back in 2002 I was supposed to tour Europe with “The man in black”, before the tour, Johnny Cash died.

So goes the story of Major Tom. With David gone its’ made me step back and take a look at the future.  To quote Tom Berenger’s character in the movie “Major League” when he was being berated by his ex-girlfriend’s new fiancé, he asked the has-been catcher: “What do you have planned for life after baseball”?  Taylor, (Berenger’s character) replies: “Something will come up”.

I guess that’s where I’m at. Thank you David for your music and the hope it generated.